The Admirals have confirmed a spot in this year’s NZIHL Finals. Don’t miss out! Tickets are available on their website now.

For only the third time in franchise history the team will play for the NZIHL title and will come up against the defending champions Skycity Stampede.

The Admirals will host the first game in a best of three final series.

Don’t miss a chance to support West Auckland before the team heads to Queenstown for games two and three!

Get your tickets now – www.westaucklandadmirals.co.nz 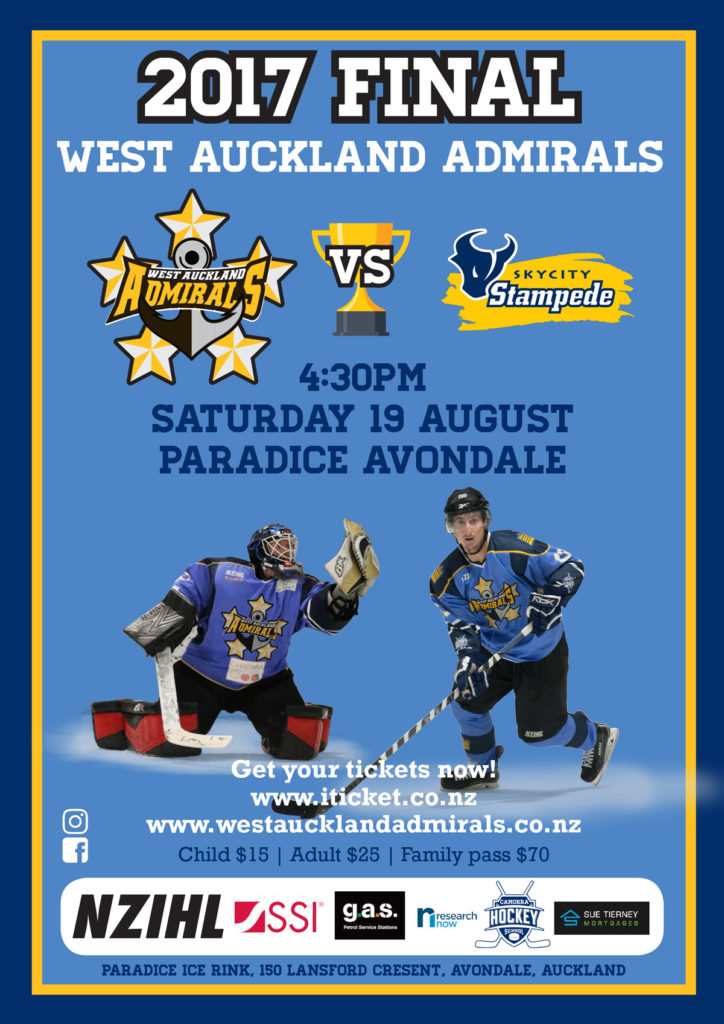