The Junior League 2 Finals took place on Monday 18th September at Avondale with the Pythons and Hornets to face each other for bronze and the Seawolves and Panthers for gold.

Game one began with the Pythons and Hornets playing off for bronze. The game started off well for the Pythons, scoring in the first 25 seconds and later adding to this to finish period one 1-0 in their favour.

In the second period, both teams fought hard with a number of close attempts at scoring, however it wasn’t until almost half way through the period when the buzzer sounded again for the Pythons, scoring and bringing the score to 3-0. Moments later, the Hornets scored their first goal, however this was quickly equalised by the Pythons. With 5 minutes to go in the period, the Hornets managed to sneak in a goal, the period ending 4-2 in favour of the Pythons.

Now competing in their final period of hockey for the 2017 Junior season, the remaining 20 minutes of play would be crucial for both teams. The Hornets began period 3 with a great start, scoring in the first 90 seconds to bring it to a one goal game – 4-3 – still in favour of the Pythons.

Both teams continued their hard work for the remaining 18 minutes, however it was the Pythons who managed to score with just 29 seconds to go in the final period and later finishing the game victorious 5-3.

Game two would see the Seawolves and Panthers facing off against each other to claim first place, a game which promised to be a close one.

The first period would see just one goal scored by the Panthers, despite both teams having a number of scoring opportunities, which were inevitably shut down by the goaltenders on each team.

Period two began with a quick goal by the Seawolves just 20 seconds in, bringing the game to a 1-1 tie. However once again, a hard fought period by both teams meant only one further goal would be scored, with the Panthers striking at the 11 minute mark, finishing the period with a 2-1 lead.

Unfortunately for the Seawolves, the Panthers managed to strike early in the third period, extending their lead to 3-1 and with no further goals scored in the rest of the period, the Panthers were crowned the 2017 League 2 Champions.

Congratulations to all players who took part in the 2017 Junior League 2 season, enjoy the break and we look forward to seeing you again when the 2018 season kicks off! 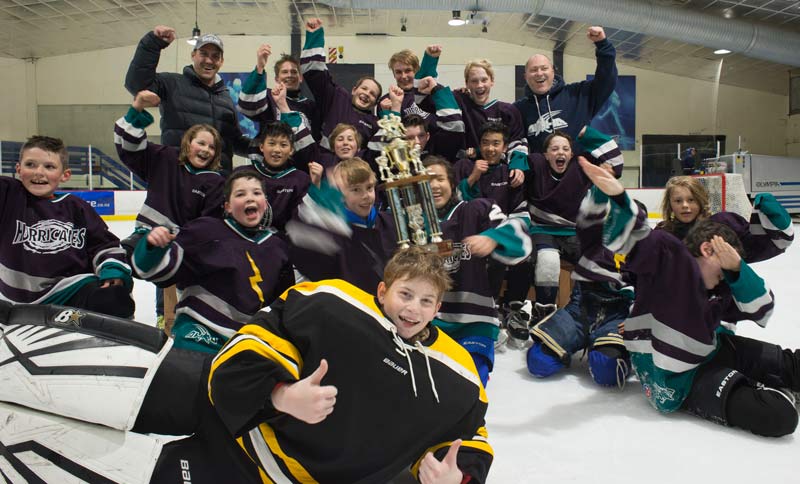