The final round of the AIHA Cup Series took place on Monday 14th August, with all 4 teams vying to secure their respective cup for the rest of the season.

Game One – Pythons vs. Hornets:

Game one began with the Pythons facing off against the Hornets at Avondale, with both teams having claimed one victory each in the games leading up to the final round.

The third period was fraught with action right from the beginning, with the Hornets scoring a short-handed goal and extending their lead to 4-1. The Pythons managed a single goal in response, scoring  at the 11 minute mark to bring the game back to 4-2, however this was quickly answered to by the Hornets just a couple of minutes later.

With 9 minutes to go and the score 5-2 in favour of the Hornets, the Pythons would have to dig deep to bring the game back and have a chance of securing the Bidois Cup.

The Pythons did exactly that, and through some great team play scored 3 unanswered goals over 3 minutes to bring the game back to 5-5 with just two minutes to go. 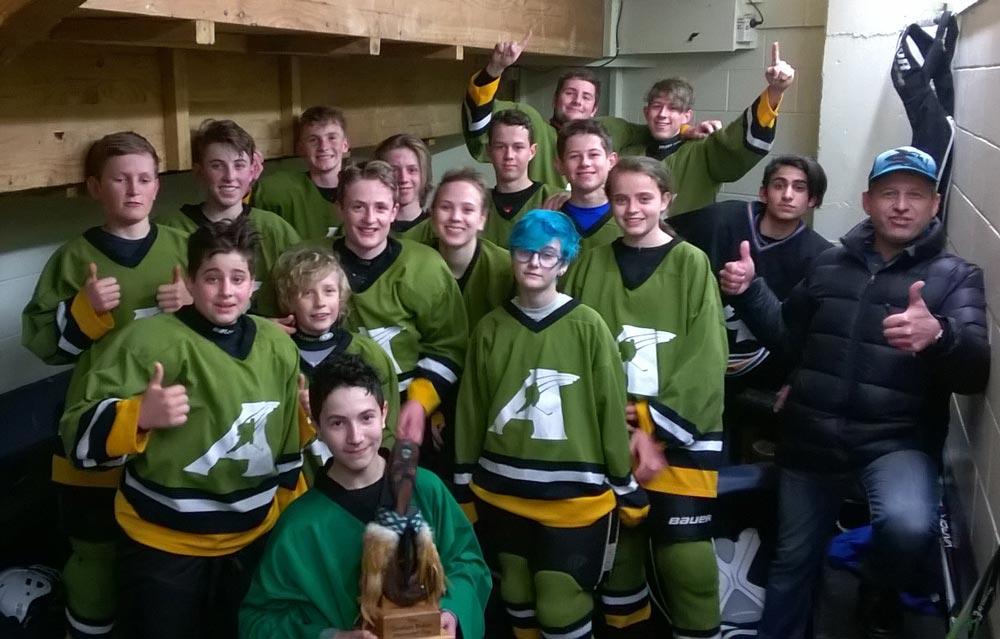 Both teams managed to hold out the final two minutes with no further goals being scored sending the game to a 3 minute, 3 on 3 overtime. Despite the fast paced overtime format, neither team managed to score, meaning the game would be decided in a shootout.

The Pythons managed to score all three attempts at the shootout, while the Hornets managed only one, giving the win to the Pythons in what was an amazing comeback.

The Pythons now hold the Bidois cup until the next round of the AIHA Cup Series in 2018.

The full game recap and be viewed here: Pythons vs Hornets – August 14th 2017

The second game of the night was held at Botany with the Seawolves taking on the Panthers competing for the Pure NZ Cup. With the Panthers winning the two previous Cup Series rounds to date, it would be an important game for the Seawolves.

The game started off with goals back and forth for both teams, finishing the first period 2-2.

The second period was a similar affair, with both teams scoring to bring the game to 3-3, until the Seawolves managed to strike near the end of the period, giving them a 4-3 lead. 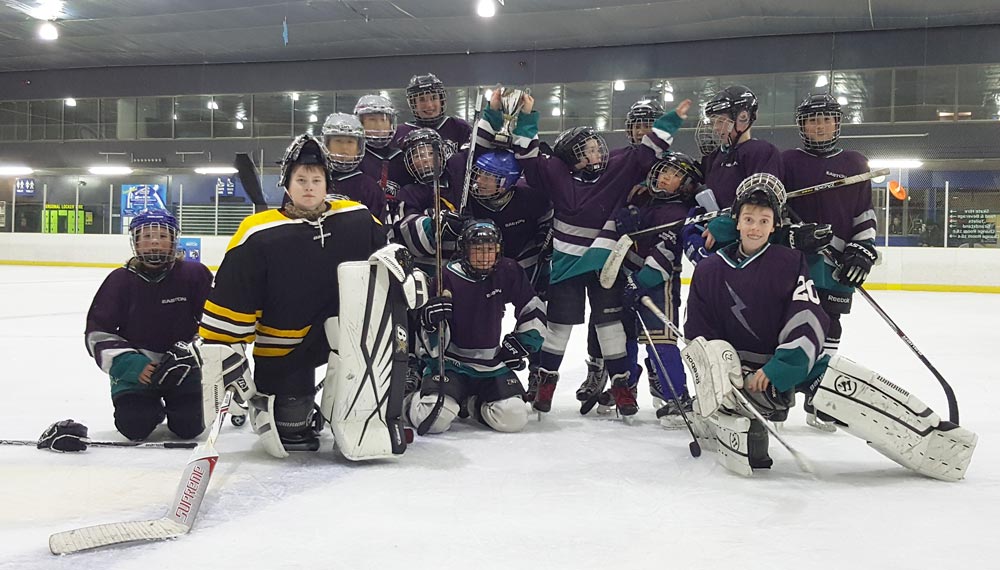 The 2017 Panthers after their Round 3 Pure NZ Cup Victory

The third and final period was a tough one, with both teams playing hard and eventually the Panthers scoring to bring the game to 4-4.

With just 60 seconds remaining in the period, it was looking like overtime was imminent, however the Panthers managed to score with just 37 seconds to go, and with a strong defensive effort held out to secure the victory.

The Panthers now hold the Pure NZ cup until the next round of the AIHA Cup Series in 2018.

The full game recap and be viewed here: Panthers vs. Seawolves – August 14 2017