We are writing to inform you about the process that AIHA will be shortly undertaking to select a new Head Coach for the club.

As many of you are aware, our Head Coach Csaba Kercso-Magos recently finished his time with AIHA after giving over 10 years to the club and New Zealand ice hockey, and it will no doubt be a big job to fill his shoes! We are grateful for all that Csaba gave to AIHA and wish him and his fiancée all the best for the future.

We are looking within New Zealand and around the world to recruit a new Head Coach that will achieve the goals and deliver the positive results the position demands. We are in no rush to fill this position as we want to make sure we get the right person that fits the Club’s culture and requirements. New Zealand is a great country and is appealing to a lot of overseas talent and this opportunity has given us a unique chance to see who is out there.

Where to from here?

In the meantime, AJ Spiller will step into a General Manager role and Justin Daigle will assist as interim Head Coach to look after the day to day running of the Club. Both AJ and Justin have had a long association with AIHA and many of you will be familiar with them.

For those of you who don’t know AJ or Justin, here is a brief overview of their experience and contributions to AIHA: 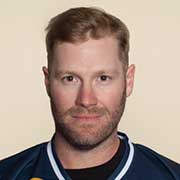 After an impressive Junior A career in Manitoba, Canada, picking up multiple league championships and time spent as an assistant coach to multiple AAA and Junior A teams, AJ moved to New Zealand in 2015 and is currently in his fourth season with the West Auckland Admirals. AJ Has also been the Assistant Coach for the New Zealand U20 team for the past two seasons and is currently coaching the AIHA U15 Representative team. 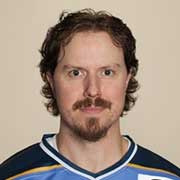 Justin’s impressive ice hockey career to date has seen him play in Midget AAA, AJHL, NCAA and Senior AAA divisions in his home of Canada, picking up many awards and championships along the way. In 2014 Justin played his first season in New Zealand with the West Auckland Admirals and was later named captain of the team in 2015 and maintains that honour today. At just 16, Justin began his coaching career and has coached teams across many leagues and age groups since. In New Zealand, Justin was Camorra Hockey School’s lead instructor for four years and more recently has assisted with the national U20 men’s team as Head Coach.

The selection process for the new Head Coach will take place as follows:

Our hope is to have the role filled by early to mid to next year.

More information about this process and application information will be made available in the coming weeks.

If you have any questions about the selection process or anything else relating to the Head Coach position, please contact Cam Stephens, Director of Ice Hockey via email: info@aiha.org.nz